Free shipping on all orders over $100. use code: shipitfree

Full transparency…I’ve dreaded writing this piece. Ashli would probably sad-face me for starting off a “HOW I SUNDAY” post like this, but it’s true. I started writing this almost two months ago now and it somehow just keeps finding itself unwritten. Funny how that happens…I think the dread stems from the fact that I’m forced to honestly ask myself…How the hell DO I Sunday?

I wish I could say it was fancy and bougie, filled with active charcoal drinks post hot yoga and trips to Trader Joe’s with a full bank account. But let’s be honest…it ain’t even close.

Sundays for me have always been strange. I have a horrible memory - always have. I don’t quite remember how I spent Sundays until I was in college. When I was younger it was usually spent going to church with my family followed by studying for some spelling test I’d stress over and eventually do just fine on. Stress for a fifth grader is not a cute thing. Trust me.

I think I remember my Sundays in college more because they became a bigger metaphor for where I found myself to be in life at the given moment. Little background on me, for reference not because I’m narcissistic. I mean, I love talking about myself, but I’m an actor…so that’s a given. I am a recent graduate of NYU Tisch School of the Arts with a major in Drama. “Drama?” you say, "How the hell is one to make a career from that?" Get in line. I ask myself that question every day.

But look, acting is my passion. It is my air! My bread and butter! My entire being! Seriously save this article because one day I’ll win and Oscar and you’ll be like “Oh wow, remember when she wrote that oh-so-eloquent article on Sundays!”

So, yes it’s my everything. But oh-ho-ho it’s hard as SHIT! And every time I say that how hard it is! Woe is me bullsh*t! I hear my mother’s voice saying, “If it was easy…everyone would do it!” I mean there’s a reason why Meryl Streep has been nominated for an Oscar 20 GODDAMN times. It ain't easy and she is the only doing it. Point taken, Mom!

Sundays have played a huge part in my life transitioning from “acting student” to full-blown “actor." If I’m in the production of a play or filming something, most Sundays are just another day on the calendar. They mean late night rehearsals or long shoots, meal prepping for the week ahead (because you’ve got work and go to five more late night rehearsals), and maybe finding some time to catch up on Real Housewives of Potomac (Giselle, I’m your biggest fan!)

But when I don’t have a busy Sunday…those seem to be the worst. Maybe “worst” is a harsh term. They’re the most daunting, the most ominous, the most terrifying. “Free” Sundays are completely empty. They are void of any obligations, any responsibilities. They are free of any accountability. They are without of distractions. They are void of noise which (for me) is never good. “Why?” you ask.

I like to be busy. Yes, I am like a shark! You know that thing they say about sharks dying when they don’t move? I swear I saw it on Shark Week once. The honest truth is I like to be busy because being busy means avoiding the bigger goals. I have programmed myself in such a way that I can digest and manage the smaller goals, but the big ole mother f**ckers? Those are the ones I find myself constantly turning a blind eye to. And you know, this is when I wanna punch myself in the god damn face. 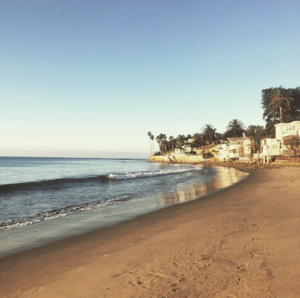 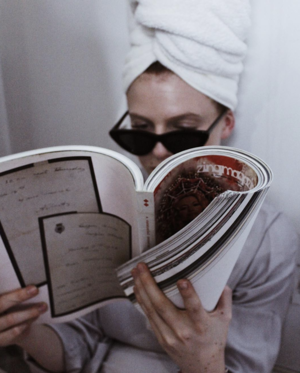 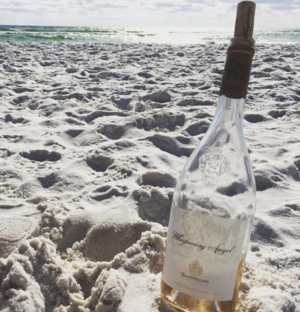 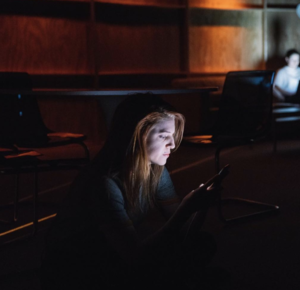 It’s on these Sundays that I’m not in a production, that I’m not busy, that I am simply forced to looked at the current situation that is my life and say...Good f***ing God I’m scared.

Sundays force me to admit the worst thing I can possible think of, which is:

Did I dream too big?

No. I didn’t. I did not dream too big. The dream isn’t getting in the way.

Because my perspective on Sundays has always been associated with self-doubt, the day off in my mind means a day to avoid. A day to ignore. A day to cut myself short. A day to give myself a “real day off” when, HI HELLO HELEN (Helen is my alter ego for all you fans asking), YOU DIDN’T DO ANYTHING TO DESERVE A DAY OFF!

Look! I know we all deserve a day off and we all need time for ourselves. Trust me, I think I championed that on some Pinterest board circa 2012.

Now, I try to treat Sundays like any other day (trust me it's a long f***ing journey). Like a MONDAY. A day to make a name for myself. A day to say HI! HELLO! I'M HERE! They are the day when I GET SHIT DONE. I send those emails. I network with those people. I hold myself accountable, because no one else will.

Helene is a Saint Louis native and NYC based actor. She is a recent graduate of NYU Tisch School of the Arts and loyal member of the SUNDAY FORVER tribe. She loves a large glass of Pinot noir, craves Taco Bell always, and can regularly be found taking herself on a date to the movies.