Free shipping on all orders over $50. use code: shipitfree

IN A WORLD OF KYLIES, BE A VIOLETTE

A few weeks ago, I met up with a friend and her 13-year old daughter. When the two of us were alone, my friend mentioned her daughter started complaining about her appearance. She wishes she were taller and less flat-chested, amongst other things.  I wished I could tell me friend’s daughter what I have the privilege of knowing with the gift of hindsight: you never want to peak in high school. You want the line graph of your life to always rise upwards on the Y axis as you move right on X axis. That’s a hard concept to understand as a teenager when every day feels like a lifetime.

Even at my age, there’s pressure to adhere to a particular set of beauty standards. I work in the beauty industry which means I keep up with the latest trends and am fed a glossy, artificial barrage of Instagram imagery on a daily basis. I’m not complaining; I love beauty. In fact, I live and breathe beauty. Along the way I developed a pretty serious YouTube habit and have been known to burn a few hours watching nothing but beauty videos and tutorials. A few years ago I noticed something weird. I was subscribed to more beauty influences than ever before but all of the videos were the same: seriously symmetrical and arched eyebrows, a nude lip, highlighter and contour. A LOT of contour. Not to mention, the light rings many influencers used were so bright, I was unable to see any dimension or texture. The artifice was baffling.

Around the same time people began writing about Instagram makeup and lamenting about the uniformity of the beauty community. In addition to the brows, liquid lipstick (usually in a neutral pink hue) and contour, this look also included MAJOR fake eyelashes and extremely bright highlighter. As time went by the look grew to include the application of a full coverage foundation two shades darker than one’s actual skin tone, offset by the use of Tarte’s Shape Tape in a shade two shades lighter than the actual skin tone applied over at least half the face. There’s an army of Kylies out there and a lot of us feel under siege. A few weeks ago a pretty major influencer was in front of me in line at a sporting event and two things struck me 1) Without her studio set-up she looked like every other girl on the streets of New York and 2) She wearing a an insane amount of makeup to watch a tennis match!

Immediately I thought of my friend’s daughter, fresh-faced and freckled. Of course she felt pressure to look mature, to replicate those curvy girls with their Gucci sneakers and their rose-colored wardrobes. I’m nearly 40 years old and sometimes these influencers make me feel like I’m still that awkward kid with a mouthful of braces. It’s a lot to take in. But in a world of Kylies and filtered and Facetuned pictures on Instagram, there is a Violette waiting to show us there is value in just being ourselves. 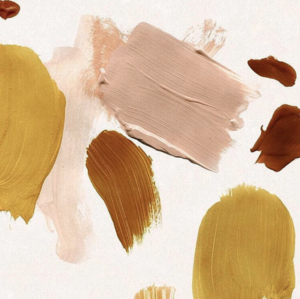 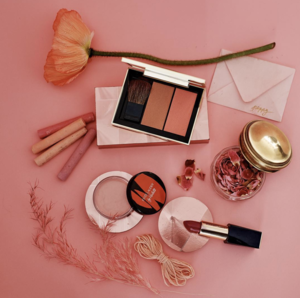 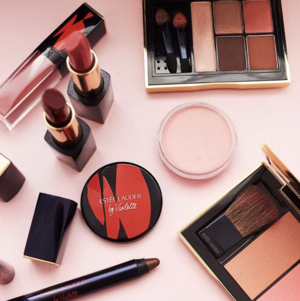 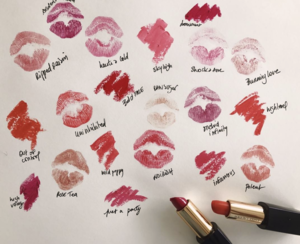 Who is Violette, you ask? Only my favorite makeup artist, influencer and YouTuber personality of all time (okay, maybe she’s tied with Lisa Eldridge but that’s amazing company to be in). Violette is a Parisian makeup artist who lives in Brooklyn (her name is pronounced “Vee-Oh-Let”) and since I began watching her videos a few years ago, I’ve become mesmerized by her low-maintenance, high-concept videos. Her tutorials have a formula that works: Violette enters a little bar, patisserie or flower shop, sits down, opens her bag and empties the contents onto the table, creating a cosmetic mis-en-place. Sometimes she uses brushes or a Beauty Blender, but most of the time it’s just clean fingers and a lot of smudging and patting. Her final looks are painterly but real; there are pores, texture and dimension. They are imperfect and lived-in, and always absolutely beautiful.

Now, don’t mistake simple for boring. Violette features plenty of eye-catching, extraordinary looks. There are red eyes, ruby lips, and a look with tan skin and neon pink lips (don’t knock any of it ‘til you’ve tried it!). And no matter what your makeup application level of expertise, you will certainly learn some techniques along the way (for instance, Violette never applies foundation to her nose because it makes the entire look more natural).

Violette does not look like a beauty influencer. Her face has personality and character and her style is 100% her own. She doesn’t apply three layers of foundation, fake eyelashes or trompe l’oeil eyebrows. Whether she’s wearing high-waisted jeans and a white tee with  neon blue eyeliner or a sequined jumpsuit with tinted lip balm, you can be sure she’s not paid or sponsored to do any of it. She’s just being Violette. And by being Violette, she’s inspired me to be a bit more Catherine (while, of course, being just a little bit Violette).

Catherine Spinley is a sometimes-writer and photographer based in New York. When not stalking other people’s dogs or yelling at people who refuse to walk up the left side of the escalator, she works in the beauty industry and practices yoga. You can read more from her at Worepaint.com.﻿